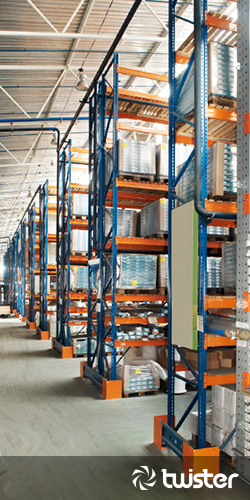 The company was founded as inline Kurierdienst - Vermittlung von Botenfahrten GmbH on 29 January 1999. It was entered in the commercial register of the district court (Amtsgericht) Charlottenburg on 23 April 1999 under number HRB 70544. The company's equity after the last capital increase from 2005 is now € 133,600.00.

The company's object according to § 3 of the company bylaws is the mediation of freight orders in the area of courier drives and small transports and all transactions that are directly or indirectly connected to this as far as these activities do not require any permit.

The company developed into one of the largest courier service companies of Berlin from 1999 to 2008. Including the orders placed with subsidiaries, the order peak by far exceeds 2,000 deliveries per day.

The city courier core business was expanded by the Overnight product in April 2000 due to the increasing demand for quick deliveries in towns that are farther away.

Our company was founded as TOPAS Transporte Overnight Persönliche Aufträge mit Service GmbH on 17 October 1995. It was originally registered in the commercial register of Bad Segeberg. When the seat was relocated to Berlin, the company changed its name to inline overnight Berlin GmbH.

The brand "twister" was introduced in January 2011. The company was once again renamed in December 2011. It is now called Twister Overnight GmbH. The company is registered in the commercial register of the district court (Amtsgericht) Charlottenburg under the number B 78331. The equity of the company is € 85,500.00 after the last capital increase in 2003.

The company's object according to § 2 of its bylaws is overnight shipping of small objects, including documents and similar, as well as performance of the associated services. The company may also operate all businesses not subject to approval requirements that are suitable to facilitate the above area of activities.